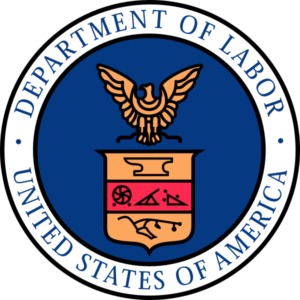 Despite lawsuit after lawsuit after lawsuit, there are still departments in this country today that continue to blatantly break the law by either refusing to compensate handlers for off-duty care of their police dogs or they do not compensate fairly.   Some departments have relied on extortion and threatened to disband K9 programs if forced to pay FLSA compensation and have done so in a few cases.  In some other cases, departments simply do not know the law. Regardless, compensation is not an option – it’s the law!

According to the Department of Labor, bathing, brushing, exercising, feeding, grooming, cleaning of the dog’s kennel or transport vehicle, administering drugs or medicine for illness and/or transporting the dog to and from an animal hospital or veterinarian and training the dog at home are all compensable activities.

Compensation for K9 handlers should be specified within an agency policy and/or within a Memorandum of Understanding (MOU) or similar employer-employee contract.

The opined “industry standard” of 30 minutes per day for care and maintenance of police service dogs without specificity to on-duty or off-duty has been associated with one court case, “Levering v District of Columbia, 869 F. Supp. 24 (1994)” from the U.S. District Court, District of Columbia.  The specific facts and circumstances of that particular case may not be relevant to your agency and your care.  However, this general time standard is a good baseline to begin any negotiation for improvement in your compensation if needed and many agencies are actually using “3.5 hours per week” for their compensation agreements.

If your department is not paying you for the time you are lawfully entitled, you should carefully begin steps to remedy the situation.  I believe the biggest failure in compensation matters is a lack of communication between the involved parties.  Litigation over compensation issues should be a last resort because it is not generally a mutually-beneficial process for all of the parties involved.  Litigation can create division of loyalties and in some cases has led to the elimination of productive and successful police K9 programs.  Litigation can usually be avoided if open lines of communication exist and reasonable parties are involved in the process.

“The solution for the FLSA handler compensation for the at-home care of his dog is simple. Get into compliance.” ~Terry Fleck

It’s no secret that budgets dictate many of the compensatory decisions and money is tight.  One of the simplest recommendations to avoid paying extra money is a modified work schedule.  In most cases, a handler will work one hour less on their shift  – reporting to the regular shift one hour later than scheduled or going home one hour earlier to satisfy the FLSA requirement – to take care of their required off-duty maintenance responsibilities.

I wrote an article titled “K9 Care and Handler Compensation” with more information that was published in Police K-9 Magazine (Sept/Oct 2008) and posted online in 2008 at PoliceOne.com and it is still relevant today with the exception of reduced pay in lieu of overtime or actual work hours.  The article is now titled “K9 Off-Duty Care and Compensation” and it can be accessed in the “Articles” section on this web site.

Take care, be safe and make sure you are being compensated fairly…

This “reason” was originally shared on September 3, 2013. 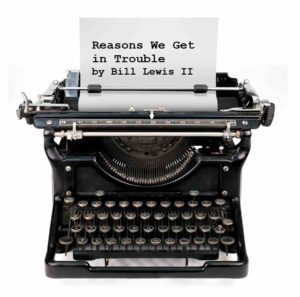 “Trouble” isn’t always related to incidents or predicaments that directly result in lawsuits, claims or discipline. Often times, our actions or inactions that are missed, deliberately overlooked or downplayed may lead to nothing or can later lead to mistakes or bad incidents with minimal to serious repercussions.  A reason we get in trouble can be minor or simple at first glance – or even serious – but a combination of these factors can often have disastrous consequences.

These “reasons” are provided periodically as a collection in-progress based on actual incidents and real attitudes as well as feedback received at HITS, the CNCA Training Institute, and the “Canine Liability 360” classes.  As Gordon Graham says, “We haven’t found new ways to get in trouble.” So, as the list progresses, you may or may not read something familiar to you that you have personally experienced or seen others encounter. If you encountered or heard about it, did you learn from it?